After yesterday’s debacle I was keen to get out and ensure that the Shimano/SRAM hybrid was OK in the hills. Kevin suggested I try out the climb to Col d’Eze, so after figuring out where it was on the map I plotted a route. This all took a bit longer than anticipated, as without internet in the apartment, or a data package on my French SIM, I was restricted to paper maps, not Google Maps. Old-skool!

Off I went at 7am this morning, greeted with clear blue skies and nary a car on the roads. I had two Michelin maps stuck in my back pocket to assist with route-finding and things were looking good. Getting on to the road to Col d’Eze required a couple of U-turns as I realised I’d overshot the required turn, but I was slowly making my way uphill at gradients between 7 and 12%. Avenue de la Condamine was my target, and once there it was simply a case of following the road until I reached the Col. The relatively constant gradient made it easy enough to settle in to a rhythm and I reached the top around 8am. 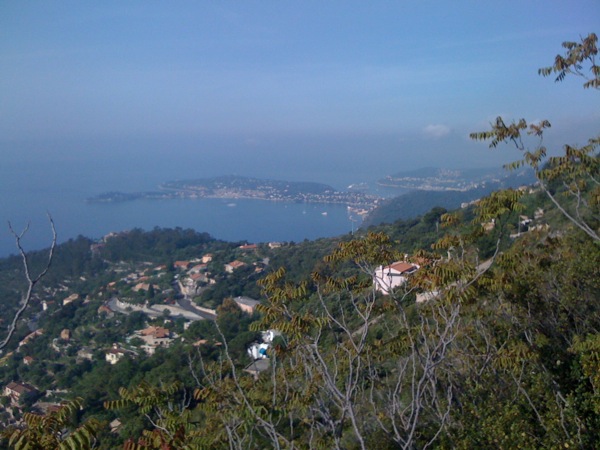 Near Col d'Eze looking back towards Nice

Just to rub things in, I texted Kev to point out that he was probably sitting on a bus on his way to work, whereas I was sitting atop the Col on my way to Monaco! Rather than drop straight back down to the coast I decided on the longer, more gradual downhill which would take me above Monte Carlo and would reach the coast closer to Menton. The morning traffic had picked up a bit and I was settled in behind a group of cars when a rider wearing a Monaco club outfit went past. I decided to follow him and, since he obviously knew the roads, I was able to speed downhill with relative abandon, using him as a guide to how tight upcoming corners were. Over the course of about 10km I only lost about 150m to him, so I was pretty happy with that and since we were travelling a lot faster than the cars, I didn’t have anyone behind me waiting to get past. Good fun.

I reached the coast at a small town between Menton and Cap Martin. I was off the edge of the detailed Nice map I had, and the other map covered the whole South-East of the country so it wasn’t detailed enough to figure out which streets I needed to take, so I decided to stick to the coast and follow the road signs for Nice, being careful to avoid ending up on the autoroute! This was probably the best part of the ride: the Mediterranean on one side, the mountains on the other, and riding through all the famous towns in the area: Cap Martin, Monte Carlo, part of the F1 course in Monaco, Cap-d’Ail, Beaulieu-sur-Mer, a coffee stop in St-Jean-Cap-Ferrat, then back home to Nice. 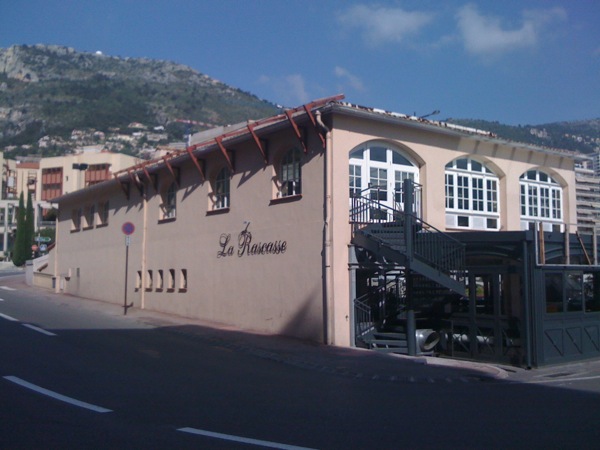 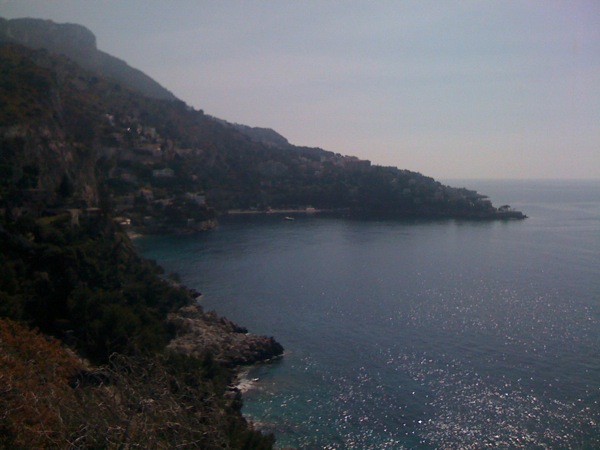 Near Beaulieu-sur-Mer, looking back to where I've come from 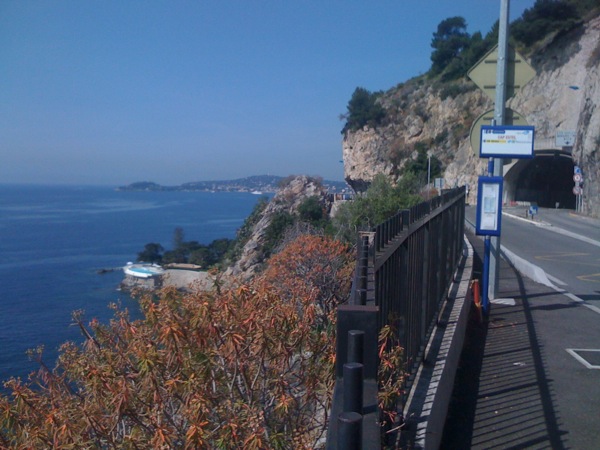 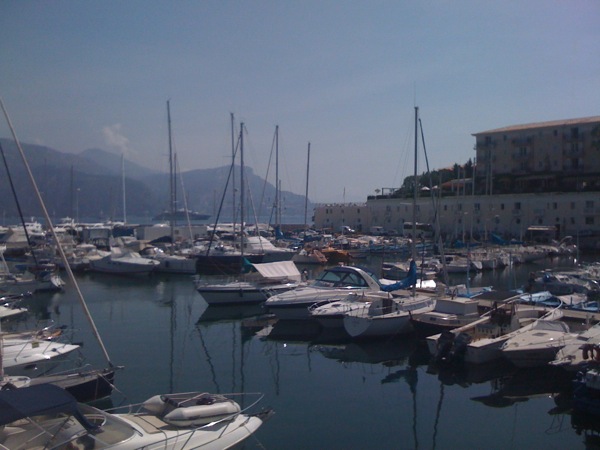 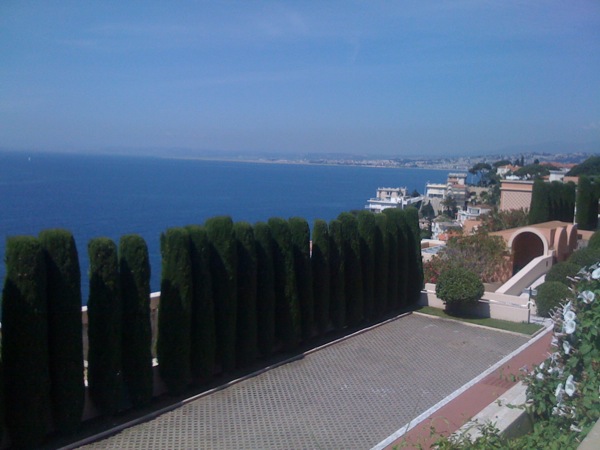 Home four hours and 70km or so after I’d started, and it was still only 1130am. Despite the roads being narrow and cars having to wait behind me in parts, no-one honked at me, no-one told me to get off the road, and everyone left a decent amount of room when going past. A big difference from bogan Sydney drivers! I could get used to living in this part of the world.