Pretty interesting website allowing you to enter a country and see its temperature record as blue to red colour stripes since 1901. #globalwarming 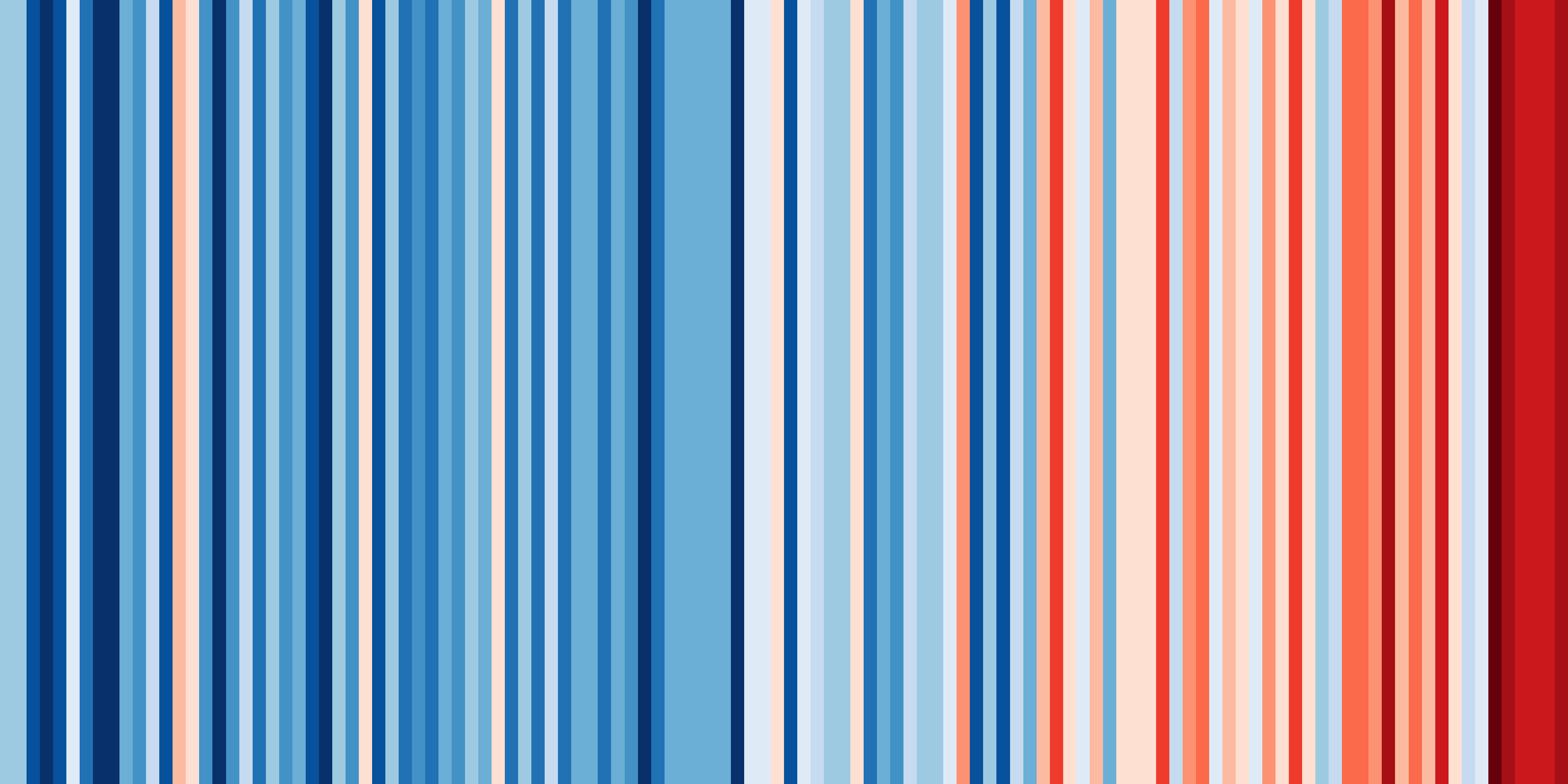 Incidentally, the data they are using is from Berkeley Earth, which is the group founded, with funding from the Koch brothers, by a bunch of people who thought the temperature record data was being fudged… until they got together to analyse the raw data themselves and concluded that they were wrong and it wasn’t being fudged at all :)