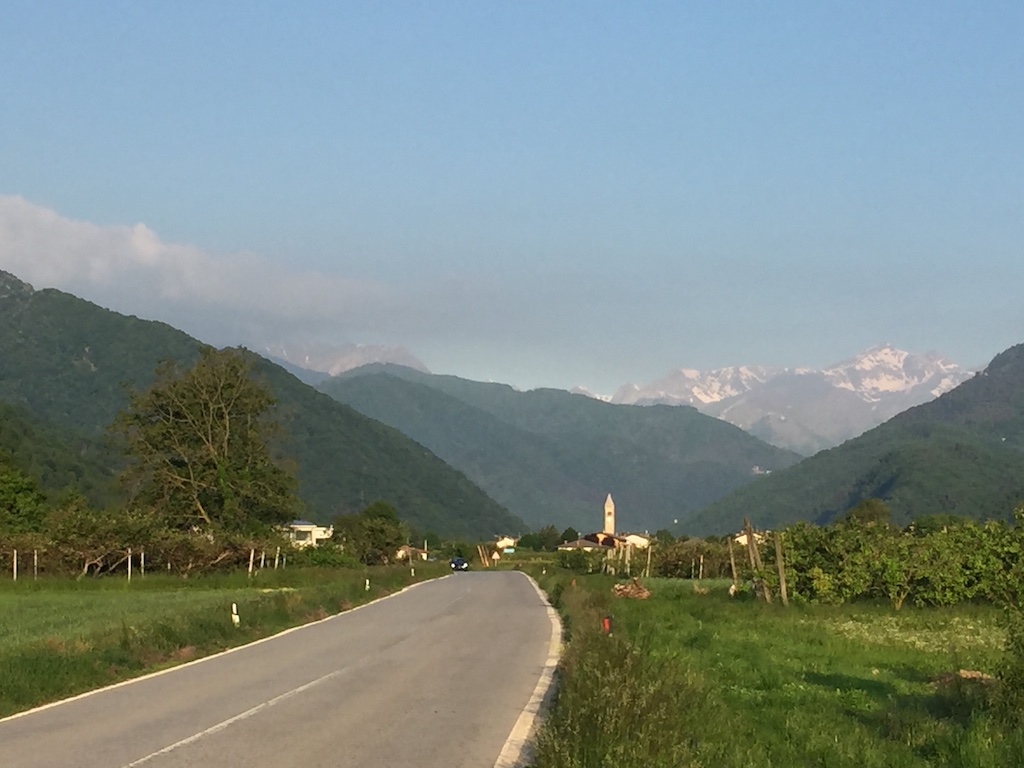 Where to start with Colle Fauniera? Well, it’s relatively unknown and I’ve seen it referred to as the “hardest climb you’ve never heard of” or something along those lines. It featured in a coffee table book which provided a lot of inspiration for this trip, Daniel Freibe’s “Mountain High”. The blurb sounded good and it was in the right area to fit into the road trip, so I put it on the list. 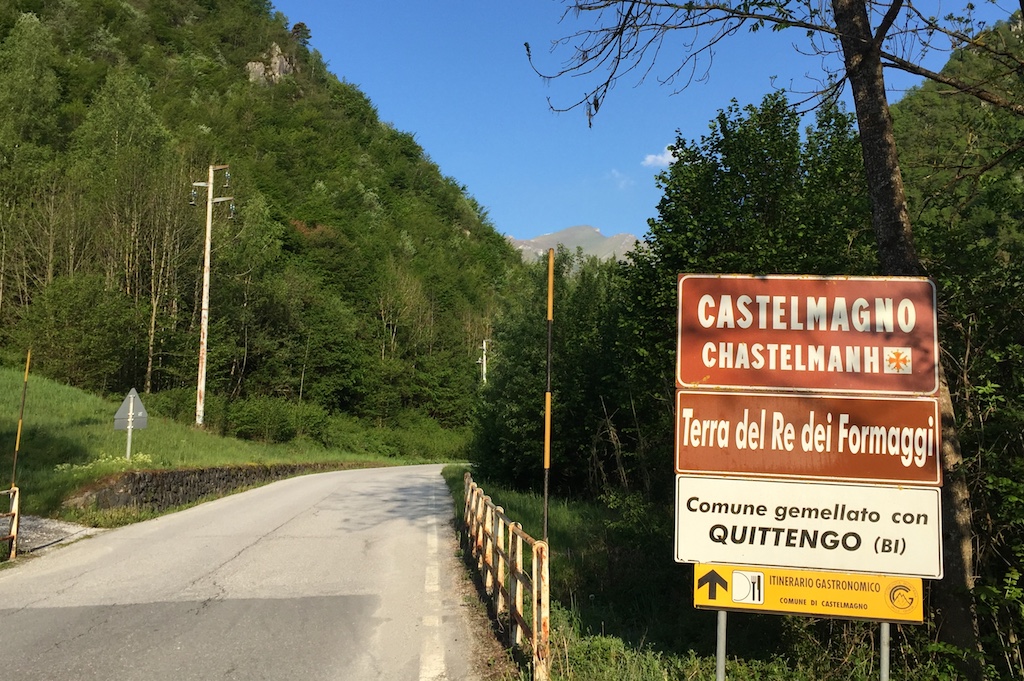 Having done the hard part of Ventoux, I really wasn’t looking forward to this after all. Part of me was as it’s quite a picturesque climb and it was the first high climb info the tip, topping out at 2511m. However, the bit in the middle note of 10% gradient wasn’t doing to be fun at all. At my weight and power, once the gradient hits 10% it’s proper hard work, even with easy gears. 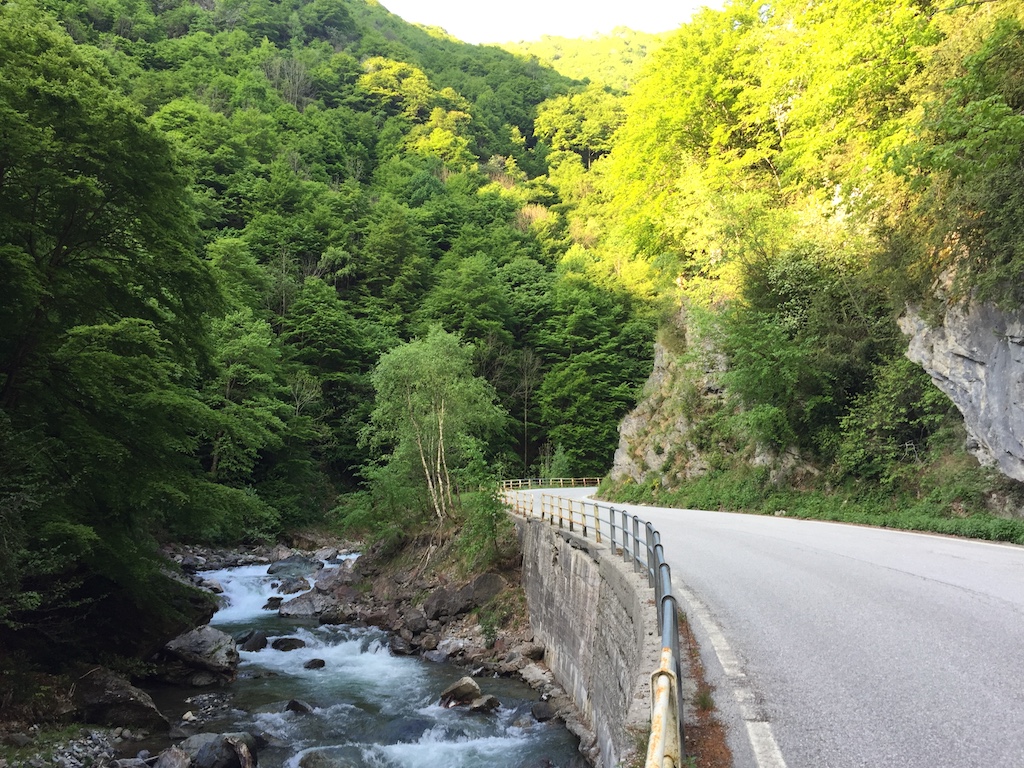 My original plan had been to ride up and over the top, then back down the valley on the other side, however that ‘valley on the other side’ was the one I drove in on the day before and it’s a heavily-trafficked route over from France with plenty of trucks, so I decided to skip that idea. With an early checkout the next day, I opted to drive to Pradlèves and just ride the climb. Wise decision. 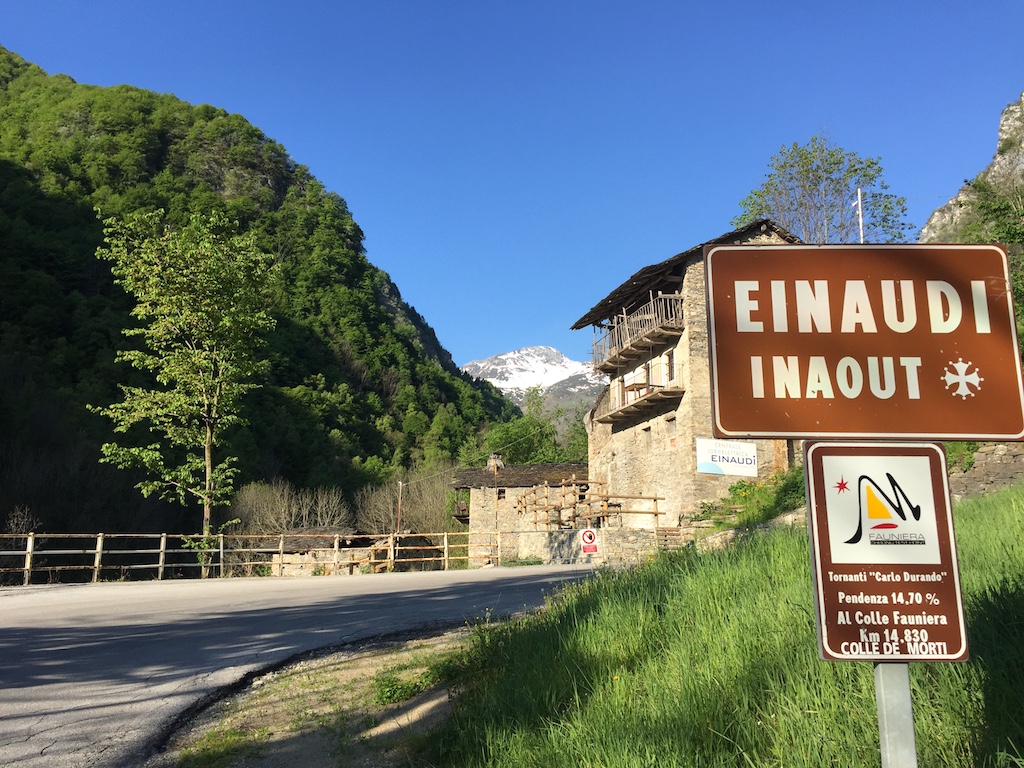 The early morning start had me on the bike at 7:40 and the valley road was quiet and still. The first part of the climb is not that hard and it meanders through a nice gorge, reminiscent of Col de la Cayolle near Barcelonette. The gradient is nice, the stream is burbling and all is right with the world. 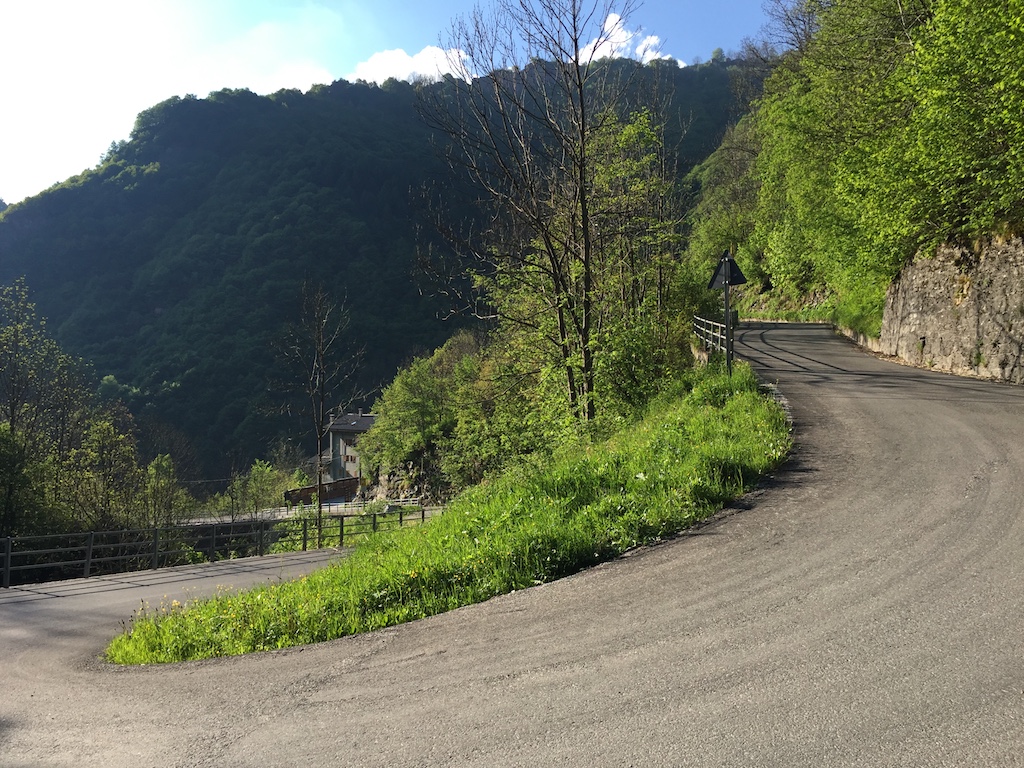 However, the fun has to end some time and there’s always some hard work to be done on these climbs. The beautiful views have to be earned. The gradient starts rising and at every turn there’s a little sign telling you what the gradient is. I was getting confused as I assumed that, like France, they were telling you what the average gradient for the next kilometre was, and quite frankly they were starting to scare me with gradients like 14% and 15%. I finally figured out it was only the gradient of the corner in question. 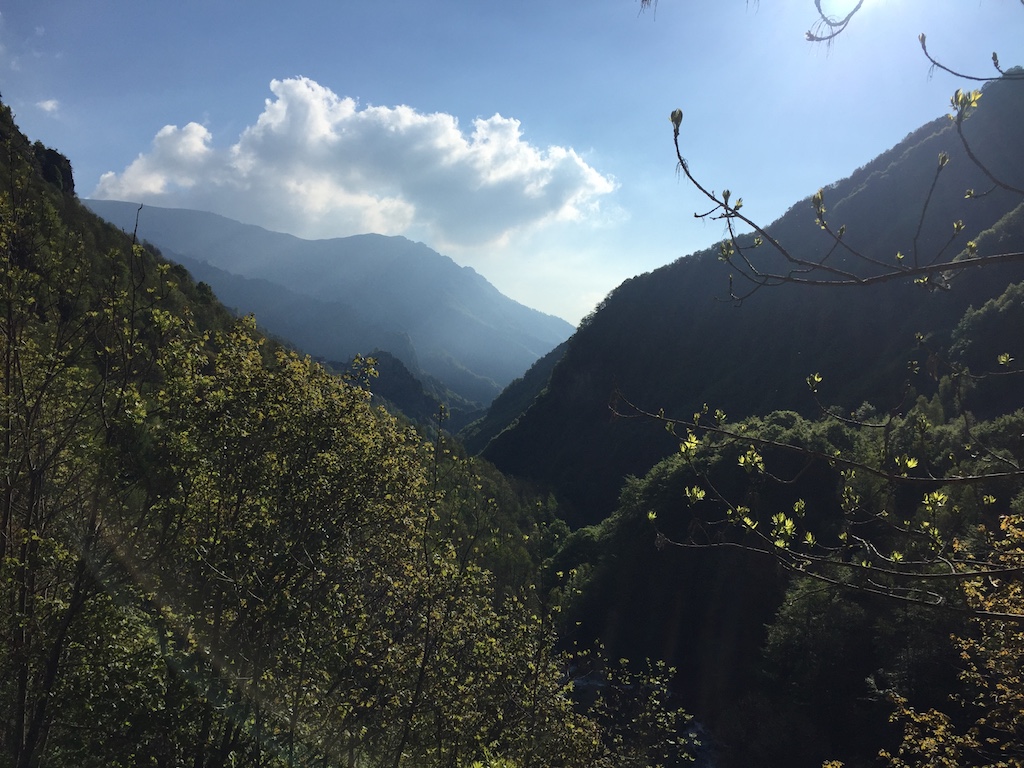 Once I got to the village of Campomolino the really hard part started. Minimum 9% for the following 6.5km with regular stretches over 10% and a final kilo to the Santuario San Magno over 11%. By this time I was starting to appreciate the alternative name for the climb, Colle dei Morti, the Pass of the Dead, and the regular shrines featured along the route. My legs were certainly dead by this stage. 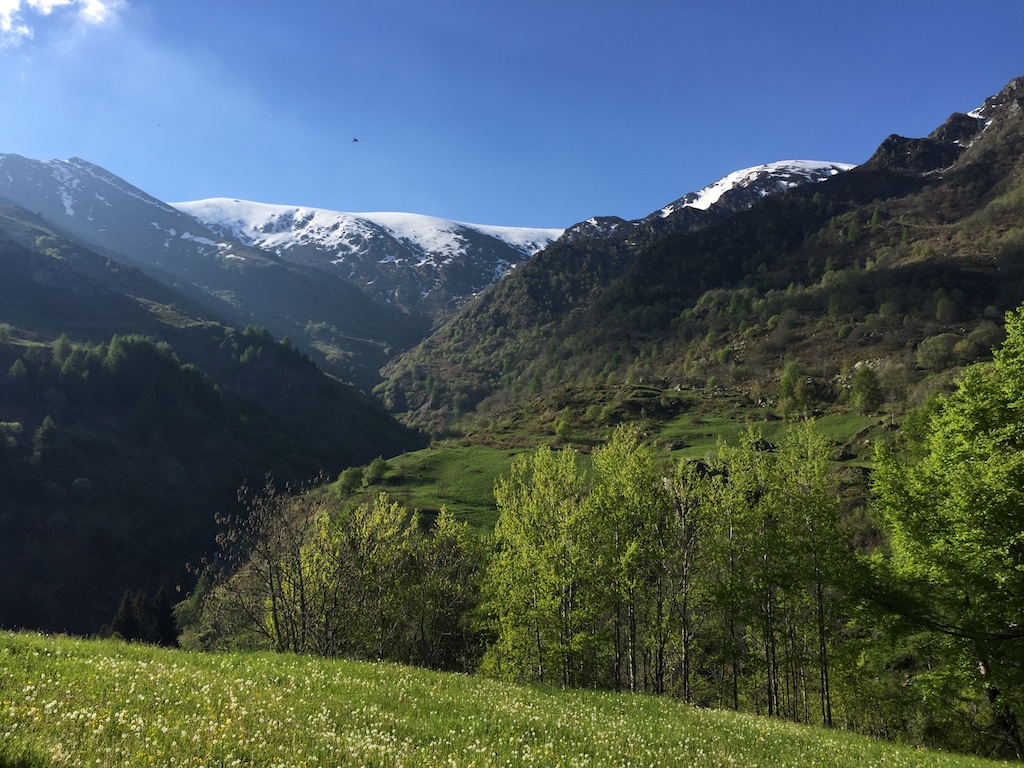 After the Santuario the gradient backed off and the road narrowed significantly. It seems that part of the Italian Army’s Alpine troops are stationed around there, so that’s the last “civilised” place that warrants a proper road. The remainder was old, narrow and a bit sketchier with gravel and mini rockfalls in places.

I was now past the tree line riding along a cliff-side track and heading towards a more exposed Alpine meadow. I could see a car parked up ahead which seemed a bit odd as it was the middle of nowhere. However, as I got closer the reason was revealed - no more road. Clearly the Fauniera isn’t an important pass, so no-one clears the road and from here on up the snow hadn’t really melted. 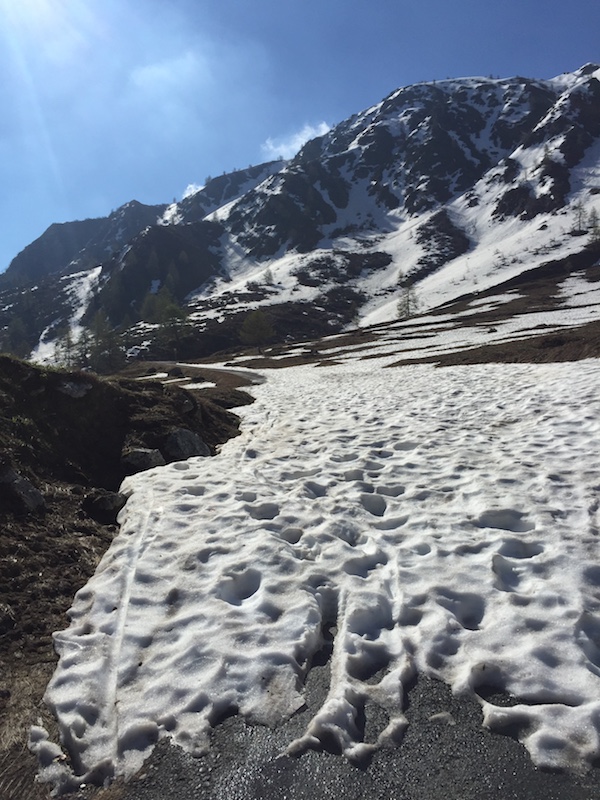 I hiked around the first blockage, rode a bit, hiked around another, rode a bit, rode around a final blockage before deciding to call it a day. I could see three more blockages in the next 600m, two of which you couldn’t walk around as they went right up to the edge of the slope and I didn’t really fancy hiking through snow in cycling shoes. Plus, with another 500 vertical meters to climb the snow was almost certain to get worse. 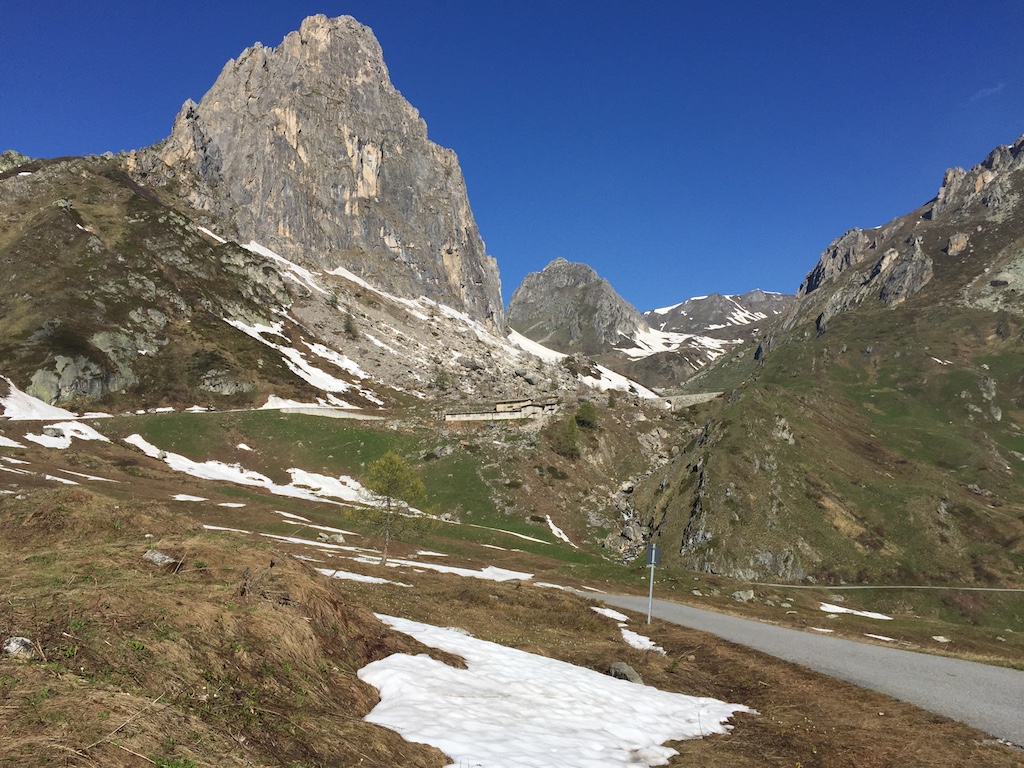 Still, the view from where I turned around was pretty good. The descent wasn’t that great, given that the first section was a goat track with a loose surface, and the second part was bloody steep with sheer drop offs so I’d no intention of letting the bike run. Down at the bottom there was jus time to throw the bike in the car and get back to the B&B for a shower before checkout time. Onwards to Susa!